Thomas Zaniboni in art TomDJ was born in Italy near Milano in 1974 and his passion for the music began very early.His career as a deejay began in 1990 and after a few years he has improved his style to start working as a deejay in some clubs of northern Italy.TomDJ in the early 90s playing house and techno music, and in the mid-90s, he started playing Hardtrance and Techno Progressive music.Since the birth of progressive music he was immediately in love with the tough style and powerful sound, now his career as a DJ has over 25 years of experience and actively participated in the birth of many new genres of music similar to his style.Currently he plays Techno, exclusively on vinyl (Old-School Mixing).In recent years it has started to producing Techno tracks with his tough style, began working for some record labels as deejay & producer, producing many tracks, more then 100 releases in various record labels around the world.TomDJ is currently Owner & DeeJay/Producer to XXTraxx Records, DeeJay & Producer for others Record Labels and some Italian Disco Clubs. 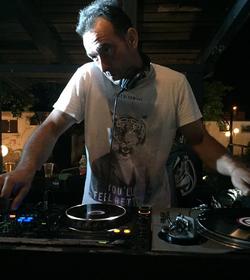