"dubloon is not just a Drum and Bass DJ, he is an experience.

He is a state of mind.

He is the transporter of minds and souls to an amazing frantic paradise that, while leaving you knackered, strangely also leaves you feeling re-invigorated.

At 6'4 and broad-shouldered, with his trademark smooth shaved face, a chunky ostentatious chain around his neck, and immaculate dress sense (if it's not designer, it doesn't go anywhere near him) he makes an imposing figure who commands respect!

His confident appearance is matched by his masterful control of a good mixing desk. Before each set he always powers down the previous track and leads the packed dance floor in a show of appreciation for the out-going DJ, before kick-starting his performance into a blaze of visuals, an orchestra of special effects which extracts every quality beat of each track as he begins his show.

To watch dubloon is part of the "dub family" experience. Cocky? Perhaps, but certainly not arrogant, dubloon is now in control of the minds and bodies of his audience. A very precise and confident body language gives a visual indication to what he is playing as he acts out each track.

As for his sound, imagine every track as a partially completed canvas. Through the use of effects on the mixing desk, Andy adds his own color, texture and feel as he maximizes every beat of every track to create the unique dubloon sound. His precision mixing at incalculable speeds is part of the show; as each track mixes in you can positively feel the dance-floor going up a notch to keep up with the frantic and energetic DJ that has them all by the balls!

dubloon's blend of vocal uplifting drum and bass is like him: deliciously hard yet very accessible. And when dubloon makes eye contact with you, even if only be for a second, you get to experience the ultimate unique sensation of him seeking your seal of approval. In that moment you have transcended being a mere audience member, into being part of what will almost certainly be the set of the night. The sheer euphoria you feel is exceptional. And then at the end, breathless, skin tingling and with a grin on your face from ear to ear, you feel as though every drop of energy has been sucked right out of you, just like those few moments after one of the best orgasms of your life.

Accompanying dubloon to a gig is quite an experience. He is literally mobbed upon his arrival and departure from each gig, with fans eager to speak to their idol, or have their photograph taken with him. Mobile phone-cum-digital cameras are designed for such occasions as his devotees put one arm around him and pose with their hero as the other arm acts as a remote-controlled tri-pod for the self-portrait.

Fortunately, dubloon's driver doubles up as proficient photographer for those not quite so adept at taking their own photos. Andy is always more than happy to oblige, which on one hand is good for the clubbers, but on the other a logistical nightmare for his driver when trying to get dubloon from club entrance to DJ decks for his set, then back again in a timely manner. And for the time he is performing, the space right in front of the DJ decks is hotly contested floor space.

dubloon is the standard that so many more strive for. There are a plethora of CD compilations that he has mixed but listening to one of these is like trying to view a fine piece of art in a darkened room. You need to see him live to really appreciate the full and overwhelming experience that is The Saviour of Hard-Dance.

You can generally tell if a Drum and Bass event is going to be credible, and worth the money if you see dubloon's name heading the DJ line-up. It's almost like seeing a quality assurance seal, royal crest or five star rating."

I like to play all types of electronic music, and the above bio has nothing to do with me, as it is purely fictional. See below source for credibility. - dubloon 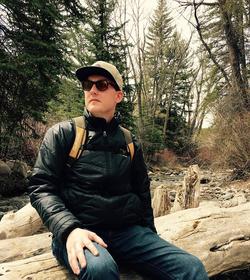