Born in 1975, been a bedroom dj since 1988, when I bought my first setup with two Technics 1210's and a mixer.
Club dj since 1991, but stopped dj'ing at clubs in 2002.
Started dj'ing with Hip Hop at home, moving on to Dance, different House genres, and Trance.
Then from around 2007, Techno/Minimal and Hardstyle too. I love almost all edm genres.
(I have around 45.000 digital tracks, and a collection of vinyl of course. Cd's too, but who cares.)

Moved to The Netherlands in 2007 and stayed for a couple of years, living the dream and worked for one of the biggest edm record companies in the world.
Now living in Oslo, Norway.

New to online dj'ing in 2016 when I found Mixify, and I do this just for fun, making new friends and being a part of an awesome community.

These days I've set up a studio, learning to produce with Ableton, also just for fun.

My main genre has been Trance since it first came out, but I also love to spin some of the genres in House and Techno, and I just love classics!!
Sometimes I mix a messy blend. Depending on the mood. ;)

Looking forward to chat with you! 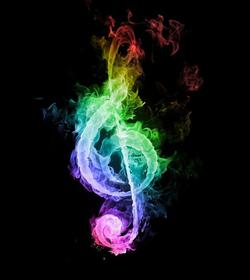