Ciacomix is no stranger to dance music. This German producer and DJ has played with the best names in the business. Ciacomix is one of the first and pioneer of LIVE online mixing on the worlds largest internet radio station, Digitally Imported Radio since the year 2000!

Oliver AKA Ciacomix was born, 1974 in Essen/Germany. His love for music started when he was just a boy of 12 playing at local birthday parties. He started buying records in 1992 when his farther gave him his first turntable. One year later he bought himself 2 turntables and many more records, hence the beginning of DJ Ciacomix at 1993.

Ciacomix was not going to stop with just spinning tracks, he wanted to contribute more, and has since begun producing tracks with his friend Mike Hunter and later also doing music with his friend Tommaso De Donatis, producer of the well known DJ Quicksilver and many more known projects.

The first record of Tommaso & Oliver was released in January 2006, "De Donatis & Ciacomix - Angel", out on Deepdive Records (Vinyl only). Later on the single was released again as "Angel 2010" with brandnew remixes on Diverted Music/UK.

Ciacomix has spun at many parties in Germany, Netherlands, Austria, UK (England), Love Parade Berlin, Sweden, Turkey and USA. In 2005 he did his first trip to Canada, he played in Toronto (Aquadisiac Lounge) and Regina/SK (Scream 4).

At his hometown Essen he did resident DJ jobs at the well known "Modell Traumwelt" and some @ "Mudia Art", not to forget about the underground location "Rote Liebe/Passarella Club".

Most of his musical influences are artists such as Paul Van Dyk, Armin Van Buuren and some more artists coming from Benelux & England.

He enjoys telling a "story" with his sets taking you on a journey of the mind. To Ciacomix there is nothing better then having the crowd right in front of him. Ciacomix plays a wide spectrum of Trance music, but most of it is melodic based.

Even when Trance is not popular anymore @ his home country Germany Ciacomix keeps the groove and he still loves the stuff he does and mostly playing Vinyl only. 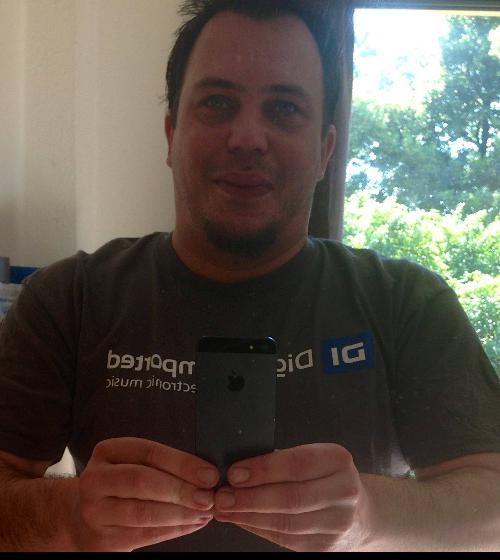